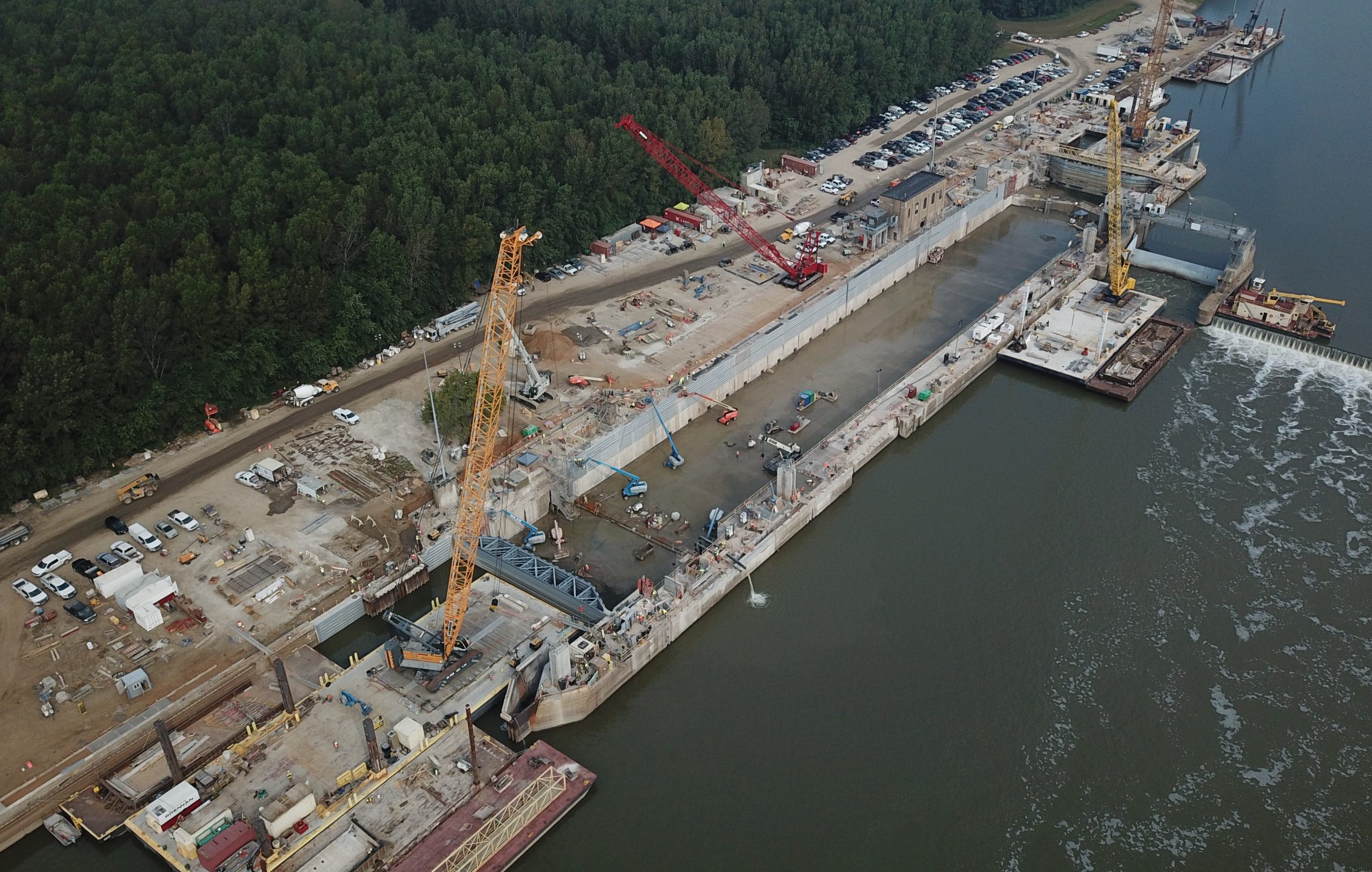 Slated for completion in October 2021, Shimmick received notice to proceed on the $117 million rehabilitation in November 2018. With that prep work began, continued through the winter and continues to the present day.

Located an hour and a half north of St. Louis near the western edge of Illinois, LaGrange is the first lock and dam up the Illinois River from the confluence of the Mississippi River. The lock and dam consist of a single 110-foot wide by 600-foot long lock made up of 2 miter gates (4 leaf sections) and 4 tainter valves.

For 70 years, the lock has been exposed to multiple freeze/thaw cycles and flooding, causing a gradual but a degradation of the lock components. Shimmick is replacing the lock and dam machinery, miter gate machinery, and valve machinery for filling and emptying the lock. The team must also upgrade the control systems and concrete walls. The miter gate repairs involve using rotary actuators, which is the first time USACE has used them in deep water. These actuators are typically used by the military in submarines.

The lock serves a consortium of shippers along this waterway. It helps keep the river conditions in low water, so river traffic like the barges of goods and natural resources can travel up and down the river.

The project is in a very remote location. It is only accessible through one private road. When the river comes over the lock wall, it floods up to a quarter of a mile on both sides of the lock. This means there is no permanent lay down area. When an overtopping event is predicted, the team has 2 to 3 days to demobilize, including equipment like cranes, excavators, front end loaders, and man lifts from the lock chamber. Last year, it overtopped three times during construction.

To keep the project moving along, the project team has set up weekly constructability meetings to solve multiple issues. The foundation for their success began and continues with partnering sessions they have every six months.

“We have learned how to communicate and understand their expectations, as well as [the client] understanding ours,” said Bob. “We’re all rowing the boat the same direction. And you must be with a project like this. And so, when you have a lot of high-performing people in the same place, it’s what is going to make us successful on this project.”

This formula appears to be working. Outside of weather delays, the project is running on budget and is scheduled to be finished on-time.