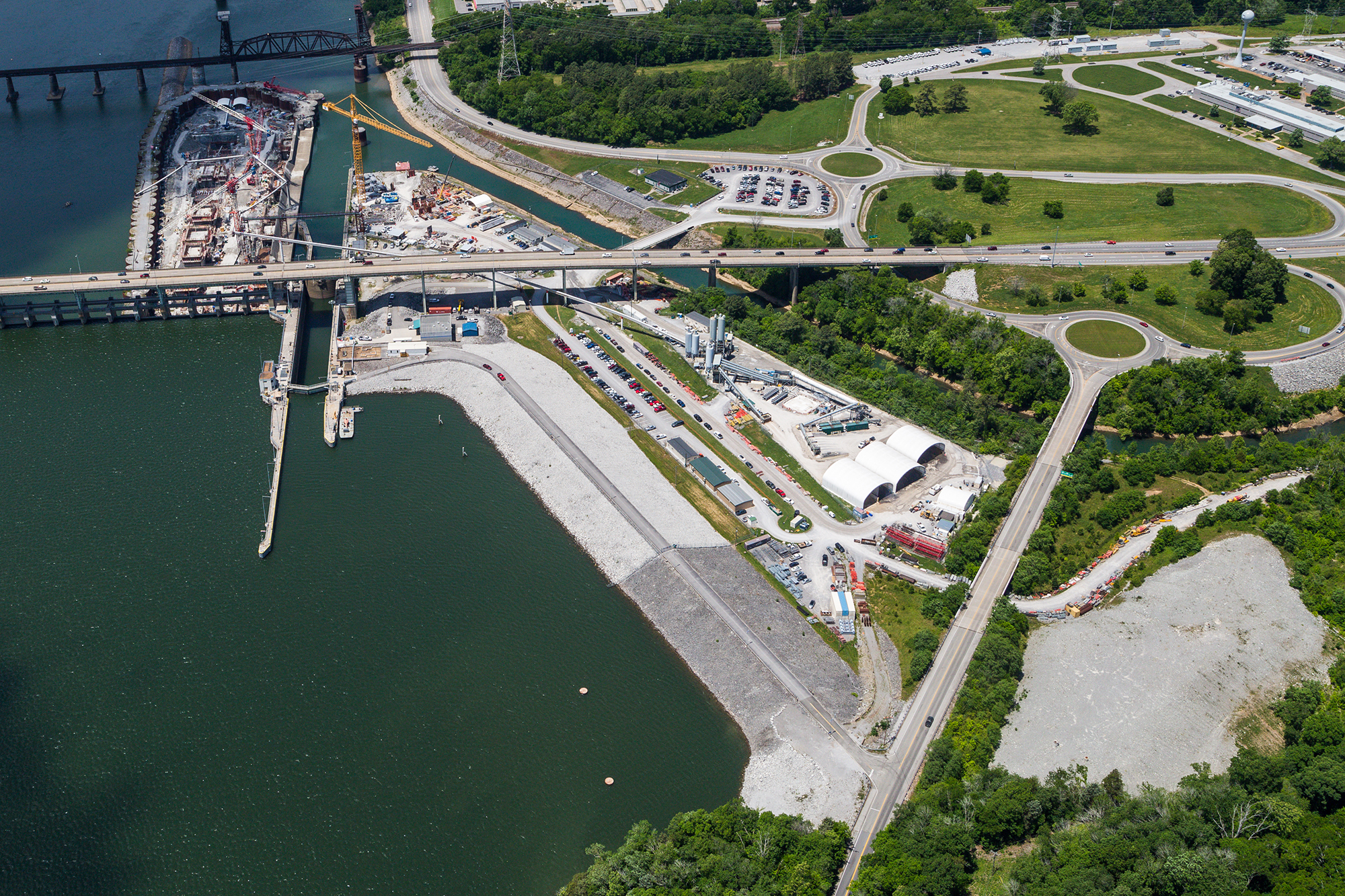 The Chickamauga Lock in Chattanooga, TN is vital to the shipment of goods and connects 318 miles of navigable river upstream of the Chickamauga Dam with the Ohio River System and the Gulf of Mexico. According to Tennessee River Valley Association, roughly one million tons of goods are shipped through the lock each year. By 2060, the U.S. Army Corps of Engineers Navigation Center estimates that approximately 11.3 million tons of goods will be shipped through yearly.

The current lock, built in 1940, has the longest lockage time on the Ohio River System. It takes around 8 hours for 15 barges to pass through, one barge at a time. The new lock will be much larger and will be able to accommodate larger barges more quickly, allowing nine barges to pass through at once.

Increasing capacity for barge travel through the lock is not only more efficient, it is significantly more environmentally friendly. A standard 15-barge “tow” moves the same volume of goods as 216 rail cars or 1,050 trucks.  And it does so much more cleanly. Rail generates 30 percent more emissions, and trucks generate 1,000 percent more emissions than barges shipping the same volume of freight.

The Chickamauga Lock project will improve the lock’s utility and facilitate an increased volume of shipping over the next forty years and onward, all while being better for the environment.